An Encounter with Grace – Our Roots in Buddhist Healing and Dharma 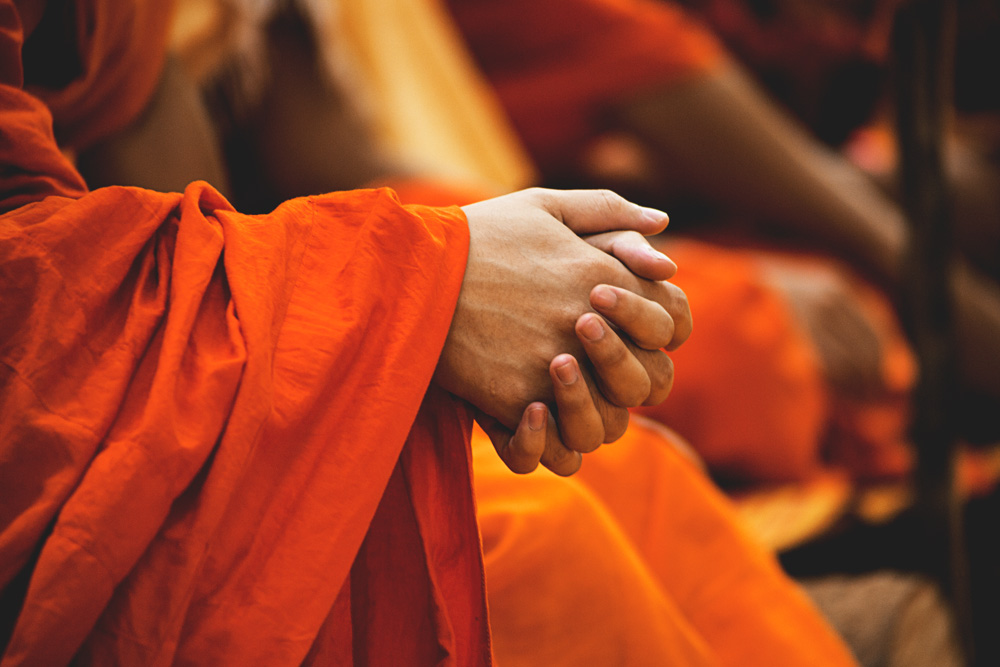 An Encounter with Grace – Our Roots in Buddhist Healing In my early teens like most young people, I was looking for answers. Having spent some time as a younger boy in Oaxaca Mexico with my first teacher Genaro Florres (a Zapotec Holy Man), I had already experienced a number of profound states of consciousness and had been shown ways of effecting phenomena (and this would later become a great asset as I continued my studies in Buddhist healing). Yet here, one early summer morning, sitting on a downtown street bench back in Canada, I was reading a book on Buddha’s teachings. Where did I fit in? What is important in choosing what to do? It was evident from the words that I was reading, that  Buddha had at least some of the answers I was looking for. The book was divided into two parts. The first were narrations of Buddha’s life, and the second his core teachings. This was my first exposure to Buddhism. I was enthusiastic that I might find something that answered my questions. While reading, I was drawn into contemplating the ideas and structures presented by Buddha, and how they may work successfully with living life.

I noticed that an older Asian gentleman had unassumingly sat down at the other end of the bench, and had been sitting there for a little while. I continued reading a couple of paragraphs at a time, often closing the book on my hand and reflecting upon the meanings. I then heard the words, “What are you reading?” I answered, “A book on Buddha’s teachings.” He said,”Does it make sense?” “Yes”, I said, “it is quite interesting.” “I teach about Buddha and how to apply his teachings”, he said, “and I also teach meditation.” “What is meditation?”, I asked. He smiled at me with a gentle kindness and soft joy in his eyes, “It is a way of learning how to see differently.” Genaro had taught me quite a bit about seeing, and how that influenced what was happening. I was intrigued. The gentleman on the bench then invited me to come meet him for tea and to talk further the next day. I eagerly accepted. When I arrived at the Dharma house where he lived, I was ushered into the kitchen pantry where both the gentleman I had met and a pot of tea were waiting. I was invited to sit, and as I did, another person put a tea cup in front of me. The gentleman, whom I later came to know as Shi Chien Li, rose and reached for the pot. The other person quickly stepped back from the table and positioned himself off to one side by the wall. I had been introduced to tea by my mother and had only known to drink black tea, with milk and sugar. I observed there was no milk or sugar on the table, so I politely asked for some. Shi Chien Li disappeared into the kitchen, momentarily returning with a small tray with a pitcher, a sugar bowl, and a spoon. As he sat down, he watched me with a twinkle in his eyes. I added first the sugar to the cup. One, two three, then began to add the milk. I stirred it together adding a bit more milk. A student had just entered the room and began to move towards the table as I was pouring the milk. There was the slightest nodding gesture from Shi Chien Li and the student veered off to the pantry. Putting the spoon on the tray I waited. I had never been told of any Asian cultural traditions, and therefore I did not realize the honour implied by having a teacher himself pour tea for a guest, nor had I been raised to wait upon an elder. I had been taught to be respectful and waiting seemed a way to be so. Shi Chien Li picked up his cup gesturing me to do the same. He took a sip and then I did. His eyes were like a young child excitedly watching my every move. I took a sip and he asked me how the tea was. I told him it was good. With a big smile, he began to inquire more about my interests. By the end of the conversation, I was invited to return for a class with the other students the very next day. This was the beginning of my training in Buddhist psychology, mind and energy yoga, meditation, and healing for the next 36 years.

Shi Chien Li picked up his cup gesturing me to do the same. He took a sip and then I did. His eyes were like a young child excitedly watching my every move. I took a sip and he asked me how the tea was. I told him it was good. With a big smile, he began to inquire more about my interests.

Years later I was over visiting with a few of the students who were living at the Dharma house. They told me that they used to know when I was coming over unannounced. I asked: “How is it that you always knew I was coming?” They said, ”Five to ten minutes before you would show up, the kettle would be started, and milk and sugar would be put on the table. You were the only one who had milk and sugar.” I had for years simply accepted that the milk and sugar on the table was a regular routine for everyone, not realizing that Shi Chien Li had somehow known when I was going to arrive and had placed it there for me. The other students had all been raised in Chinese households, in Taiwan, Hong Kong, mainland China, and some in the West. They were all from a young age integrated into the Asian and Buddhist protocols of tradition and respect. Apparently, from the night before my first visit and tea, all of the students had been made aware of my lack of understanding of cultural traditions. They were all emphatically told by Shi Chien Li not to correct me, and that he would do all the teaching and any necessary correcting. One day, however, a new student who had arrived from Hong Kong told me that you don’t drink expensive special grade Chinese tea with milk and sugar. It’s just not done. He had not yet been informed about correcting me. The tea tasted too strong to drink black, so it was at that time I switched to drinking Jasmine tea. The milk and sugar were never put on the table again.

I will never forget the gestures of grace and kindness that define Shi Chien Li’s character. Shi Chien Li is a very powerful healer and intuitive. These first encounters with him, his wisdom, and insight were only a small indication of the skillfulnesses of this great healing teacher that I would yet become aware of.