The word Parayana means “beyond vehicles.” It is an approach that is nonsectarian and embraces the six different pathways that Buddha taught. Distinguishing Buddha’s teachings into pathways did not occur in Buddha’s time, but came about many years later in the process of categorizing those methods and approaches.

The pathways to unbinding and liberation are:

All aim at awakening (bodhi). Shi Chien Li (Don’s teacher) is Chinese born and from the above six methods. He teaches in the Parayana siddhi yogic tradition, which is non-monastic and an oral tradition passed down through many generations of Siddhas. The main subjects of focus are healing and mind yoga. Shi Chien Li is a “Master of Healing.” The healing practices he teaches are based on Tibetan, Indian and Chinese structures. The mind-energy practices and physical methods and techniques date back to Jivaka’s time (Buddha’s own physician and Master of energy healing).  Shi Chien Li teaches these methods as a path of service and as a way to practice higher mind skills. Shi Yao Lian is Dawn’s given Buddhist name, and translates as disciple of Buddha, healing lotus. Dawn is a Buddhist siddhi yogin and one of the energy healing practitioners at Buddha’s Alchemy. Dawn has studied with Shi Hsin Yao Hai since 2008, learning both the Buddhist healing practices, and the spiritual Dhamma. She worked as a registered nurse for 25 years in areas including home health and geriatrics, ICU, acute spinal cord injury, and renal dialysis. Currently, she continues Buddhist healing studies apprenticing with Shi Yao Hai.

Dawn also has studied and continue to learn with various teachers in other traditional forms of herbal medicine and healing. These traditions include Western herbalism, Ayurveda, Chinese herbalism and Tibetan medicine. She enjoys growing organic herbs and wildcrafting medicinal plants. Buddha’s Alchemy herbal formulations are prepared in the traditional Buddhist Siddhi Yogic way. Chi, shen and life force are used to energize the formulas. We emphasize use of local medicinal plants within the framework of ancient traditional medicine systems when possible. We source other herbal medicines (Tibetan, Indian or Chinese) from reputable traditional practitioners.  Dawn currently works with nutrition and constitutional analysis, herbal remedies, Tibetan cranial therapy, chi revivification of body systems, and meditation/mindfulness coaching. Don is a Master Teacher of Buddhist Spiritual Medicine and one of the Buddhist siddhi yoga and energy healing practitioners at Buddha’s Alchemy. Shi Hsin Yao Hai is Don’s given Buddhist name. A Buddhist name is given from teacher to disciple as an energetic transmission that both shapes and reflects the meaning or karmic force behind the disciple’s commitment and work. Shi Hsin Yao Hai translated means a disciple of Buddha, spiritual heart child of medicine.

Don is a Buddhist siddhi yogin, and teaches Medical Chi Kung, Nei Chi Kung and pre -communist Shao Lin based Nei Wu Kung. He apprenticed for 36 years with Master Teacher/Doctor of Buddhist Healing Shi Chien Li. Earlier in life, Don was befriended, taught and deeply influenced by Zapotec Holy Man Genaro . Don is a Mind Yoga practitioner, and adept in the areas of healing yoga practices and psychology, and the skillfulness path of shaping (influencing the flow of life/karma by means of understanding the underlying movement of energy).

When Don was quite a young boy and under the guidance of his first teacher, Genaro, he learned that everything is filled with a living energy that is intelligent and responsive to an unencumbered focus. Over years of study, including those with his second teacher, he continued sustaining that focus. He discerned different qualities and types of energy that flow through people and the environment. This resulted in understandings of how life force energy works in relation to human consciousness. Don’s second teacher Shi Chien Li, relayed that some of these insights and awarenesses had not been understood and taught since the time of Jivaka.

Don has been teaching the processes of what he calls mastering mastery since 1998. He continues to practice and teach students the skills that he has learned and developed in working with life force, healing and consciousness shaping. Don practices a rare and effective form of soft bone and tissue adjustments, and advanced chi and directed healing for various disorders. He provides master teachings in Buddhist healing psychology and spiritual and physical healing practices.

Buddhist siddhi healing practitioners use chi, shen, and life force to correct the root of bodily imbalances. All phenomenon, including biological structures and processes, are energy at their base.

Buddhist siddhi healing practitioners cultivate strength of mind through meditation and concentration. A strong and concentrated mind is able to direct life force energy for healing.

Learn from the top thought leaders in energy healing. 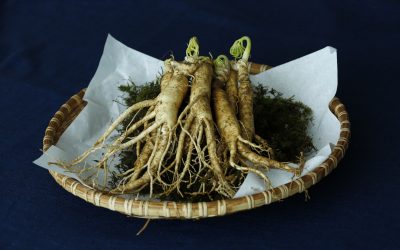 HEALING AND HERBS 3 Approaches to Working With Age-Defying Tonic Herbs Shi Yao Lian, Practitioner Buddha's Alchemy October 2, 2019 Tonification is a popular topic in herbalism, but the definition and uses of tonic herbs varies from tradition to tradition. Let’s take a...

END_OF_DOCUMENT_TOKEN_TO_BE_REPLACED 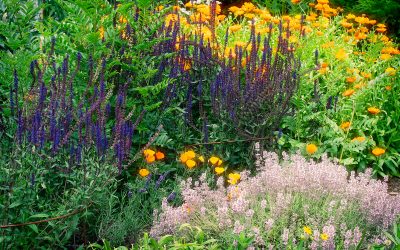 7 Amazing and Versatile Medicinal Herbs Blooming in My Garden Now

HEALING AND HERBS 7 Amazing and Versatile Medicinal Herbs Blooming in My Garden Now Shi Yao Lian, Practitioner Buddha's Alchemy July 9, 2019 The summer herbal harvest is in full gear, and it’s sometimes a tough call which way to turn your attention. Not only are the...

END_OF_DOCUMENT_TOKEN_TO_BE_REPLACED 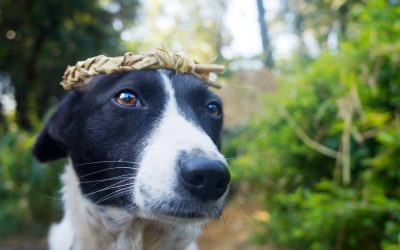 HEALING AND HERBS How I Eliminated Our Dog’s Kennel Cough In 2 days With Herbs Shi Yao Lian, Practitioner Buddha's Alchemy April 16, 2019 My littlest pup, Asha, came down with a case of kennel cough, which according to our vet has been going around. It was actually a...

END_OF_DOCUMENT_TOKEN_TO_BE_REPLACED Join us for our next training or request a consultation

Get The Latest News

Inspired healing and education for the body, mind, spirit, and heart.

This is a nice article from Lesley Tierra to keep as a dosing reference for herbs. The most common error for laypeople using herbs is under dosing, but too much isn't good either. Most dosages on commercial products are listed at the low end of the required dose, and may require that you work up. https://planetherbs.com/blogs/lesleys-blog/dosing-a-key-to-herbal-effectiveness/ ... See MoreSee Less

How do you know if you’re taking enough of your herbs or herbal formula? Or what if you’re taking the right formula/herb but not getting the results as expected? This can lead to you wondering if ...
View on Facebook
· Share